You are using an older, unsupported browser. Please visit this link to contact us.

Have you heard about our 1st Year Price Guarantee? 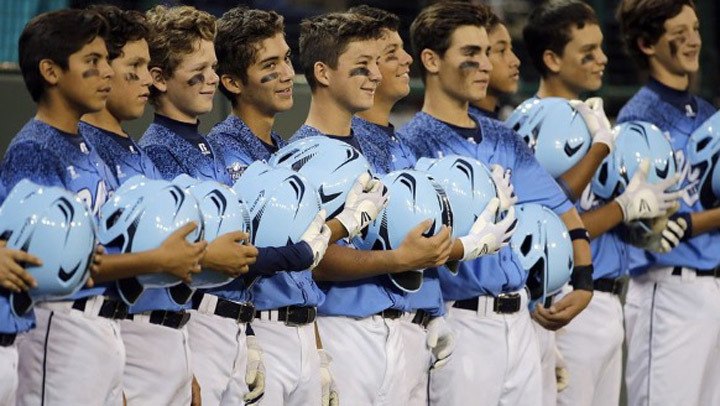 Jamacha Point Self Storage, one of seventeen facilities within the San Diego Self Storage (SDSS) family, has proudly supported their local baseball team, the Sweetwater Valley Little League (SVLL) all-stars. The Sweetwater Valley team is currently participating in the 2015 Little League World Series in Williamsport, PA. SVLL hopes to become the third team from the South Bay to win the U.S. portion of the series in seven years. Jamacha Point Self Storage made a donation toward the team's travel expenses.

Director of Operations, Kraig Haviland said, “The Sweetwater Valley and San Diego communities are so proud of Sweetwater Valley Little League all-stars. It is a joy to contribute to their experience and to watch these young men compete in the Little League World Series. We are certainly cheering for them. They make San Diego proud.” The donation is part of a charitable project for San Diego Self Storage staff. Each of the 17 facilities were given a sum to contribute to a local organization. The employees determine who receives the funds. “We are an organization of compassionate people who care about our community, and we hope to continue to make a positive impact in San Diego. Our charitable project works to involve our employees, to stress the value of remaining an active participant in the community,” said Haviland.

Sweetwater Valley opened the Series with a 14-2 win over Bowling Green East. But on Sunday, the team suffered a devastating loss to Pearland (Texas) West Little League. Pearland became the first team in 18 games to beat SVLL. Tonight, Sweetwater Valley faces Cranston West (R.I.) of the Northeast Region, a game SVLL will need to win if they are to realize their World Series Dreams.

About San Diego Self Storage

Founded in 1972, San Diego Self Storage is one of the largest self-storage providers in San Diego County with a network of 17 neighborhood self-storage facilities and additional facilities in Los Angeles and Orange County. The company offers small personal units and multiple larger units for commercial accounts. In addition, San Diego Self Storage offers a unique “1st Year Price Guarantee” along with discounts to active militarily personnel and their families, as well as senior citizens. For further information, call (858) 909-0090 or visit http://www.SanDiegoSelfStorage.com.